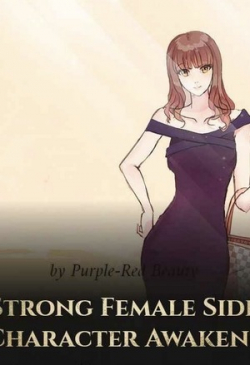 When Ye Qing Ran wakes up, she finds that she has transmigrated into a book. She has become the vain, domineering, and evil villain who dies a tragic death.
Before she transmigrated into the book, she was the carefully groomed heir of the family. Her life goal was to make the family stand at the apex of the world of fame and fortune.
After she transmigrated into the book, she does not want to partic.i.p.ate in wars in the business world anymore. Every day, she would hit on chicks, torture trash, and flirt with handsome boys.
But why do her father and three brothers look at her more and more lovingly?
Father: "Whoever dares to say that I favor boys over girls, I'll make his family bankrupt."
Big Brother: "My sister is the smartest and most suitable to be the heir."
Second Brother: "My sister is invincible and cool. She is my idol."
Brother San: "My sister is an angel. Our whole family is honored because of her."

It's Lonely To Be Invincible