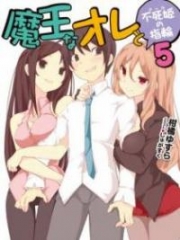 Kusumi Chiharu gets a message one day that he has been selected as a Monster Tamer, and he is prompted to select his first partner. He thinks little of the message until he receives a giant package the following day. He a.s.sumes it’s the p.o.r.n books he ordered, but the huge box ends up containing the unconscious body of a near-naked girl! She’s a ghoul named Zonmi, who intends to fight beside him as his partner.
However, it turns out that other hot girls at his mostly-male high school are also magical ent.i.ties, and Zonmi may not be the only one who wants to fight by his side!

The Grim Smile of the Five Towns

Immortal of Book and Sword

In a World Without Life