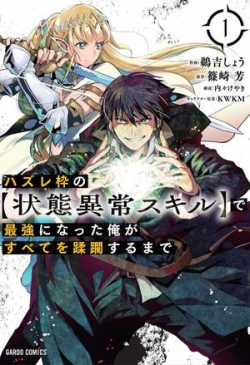 I Became the Strongest With The Failure Frame【Abnormal State Skill】As I Devastated Everything summary:

A high school student that has lived as a mob-character ―― Mimori Touka
During the school trip Touka and his cla.s.smates are summoned to another world.
According to the G.o.ddess who summoned them, summoning so many heroes with high ranks such as S-ranks and A-ranks is very unusual.
However ,Touka was the only person with the lowest rank ―― he was an E-rank hero.
His status is overwhelming low in comparison to his cla.s.smates. Moreover, Touka’s peculiar skill is supposed to be an absolute failure 【Abnormal State Skill】and therefore he was abandoned and thrown away .…
Thus the former mob-character and abandoned hero, will absolutely become the strongest as he advances and strike back.

Lightning Is The Only Way

In This Life, I Will Be The Lord

She Becomes Glamorous After The Engagement Annulment