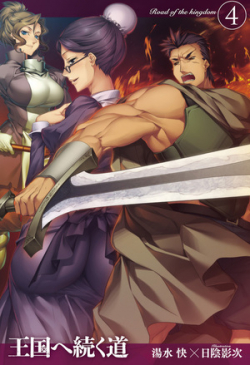 Oukoku E Tsuzuku Michi is a very interesting and exciting novel written by Afuro As.h.i.+tsubo. It is presently published as an online book on a website called NovelOnlineFull. Potential readers can find the story there as well as other important related details. For example, you can check the satisfaction of previous readers by observing the novel's rating on the platform. It is based on the votes of others and can be good or bad depending on the story's quality.


Fortunately, you should not encounter any issues regarding this matter because the book is very well rated thanks to the interesting content. Oukoku E Tsuzuku Michi is, in fact, a combination of several different genres such as Action, Adventure, and Romance among others. The mixture gives an exciting novel, so you can enjoy reading this content.


The story presents a life if a young gladiator and fighter who forget almost everything about his past life. He remembers only two things. The gladiator is aware of his great strength, and he remembers his name. It is, in fact, quite enough to start a new exciting mission in this battle. He normally fights in an arena against other similar gladiators, however, he is quite aware that he can do much more, and that this slave life does not provide a sufficient amount of satisfaction. That's why he starts planning an escape from slavery and begins with the implementation of the plan.


He kills the arena's boss, so there is nothing to stop him to come out from the gladiator's world. So he just simply escapes the prison and becomes a totally free individual. In the run, he meets the group of mercenaries and decides to join the company. The gladiator is very good at fighting and is capable and trained to kill. That's why he gets a great reputation within the group almost instantly.


At one of their missions, they meet a female vampire named Lucy who possesses great strength. She is capable to kill a group of humans in seconds, and they have no chance to defend themselves appropriately. The gladiator fast becomes a friend with Lucy, and the strength is their mutual personal characteristics that both of them posses. Lucy even invited the gladiator to come to her house, and he accepted the offer.


Later, they start making different plans about the improvement of their lives. The gladiator begins a mission to acquire a big land and become a king. If he succeeds, Lucy will accept his offer to become his lady, and that's how a new exciting adventure starts again within the content of Oukoku E Tsuzuku Michi story.


The books are, however, still in the ongoing phase which means new chapters are about to come, but the end is not near yet. You can, of course, start following Oukoku E Tsuzuku Michi story by reading the novel, so the new chapters will arrive when you finish the old ones. There are over three hundred of those so far, so the book is not short, and you still have plenty of the content to read while waiting for the continuation.

A Woman of Thirty

Memoirs of the Courts of Louis XV and XVI