Read novel online » Beastly Fēi that Go Against the Heaven: Coerced by the Huáng Shū 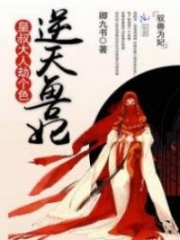 Beastly Fēi that Go Against the Heaven: Coerced by the Huáng Shū summary:

“Master, there is someone who cursed that HuángFēi is an evil star”
“Cut his tongue and feed it to dogs.” A certain Wáng said softly.
“Master, there is someone who accidentally b.u.mped into HuángFēi.”
“Chop his hand and feed it to the wolves.” Even with an indifferent tone, a certain Wáng seemed to have a possessive nature.
“Master, there is someone who said that HuángFēi has run away.”
“Run?”
A certain Wáng narrowed his eyes and sneered: “It’ll be the best if she doesn’t get caught by BěnWáng, otherwise BěnWáng will certainly let her know, what is called ‘yùbàbùnéng’.”
A modern era special agent crossed the world and become a wolf girl, originally believed that she’d played around with wolfs all the time, in the end she really did, but this ‘wolf’ wasn’t a wolf at all, he was actually a perverted wolf!
* Fēi/HuángFēi : Imperial Concubine
* HuángShū : Imperial Uncle
* Wáng : King/Prince (under the Emperor)
* BěnWáng : the way Wáng address himself.
* yùbàbùnéng : idiom, cannot stop even if he/she wants to.

Beastly Fēi that Go Against the Heaven: Coerced by the Huáng Shū Chapters

The Terror from the Depths

The Getting of Wisdom

Light O' the Morning: The Story of an Irish Girl

Across A Millennium to Love You